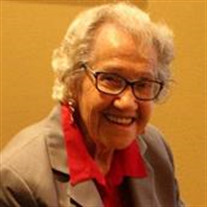 Zelma “Dorleen” (Haddox) Miller was born in Broken Arrow, Oklahoma on Tuesday, March 17, 1931, to Isaac Clairn and Ora Lee (Seabolt) Haddox. She passed from this life on Friday, March 4, 2022, in Broken Arrow, Oklahoma at the age of 90. Dorleen was the youngest of six children born to the Haddox family, who were farmers. The children learned the value of hard work early on as they helped with the farm chores, picking cotton, and caring for the livestock. She attended Broken Arrow schools and graduated from Broken Arrow High School in 1948. She attended a dance in 1949 and met a handsome young man by the name of William “Bill” Miller. They danced the night away and began dating immediately. They were married on June 20, 1950, in Ft. Smith, Arkansas. Bill enlisted in the U.S. Army shortly after their marriage and had a 26-year career, retiring as a Major. Dorleen was the perfect “military wife”, handling things very independently while Bill was stationed overseas or in school away from the family. After being stationed in Lawton, OK, New York and Maryland, Bill, Dorleen and their three children settled back in Broken Arrow where the family lived until Bill retired. In addition to being a stay-at-home mom, Dorleen also worked in sales and styling at Crutcher’s Western Wear. She and Bill were happily married 42 years until his passing in 1992. During her life, Dorleen loved to sew and oil paint. Additionally, you could find her shopping, fishing, playing golf, dancing, and even spending time dropping a few coins in the slot machines at nearby casinos. More recently, she loved listening to the live band and playing dominoes with her friends at TreeTops. But always most important to her was spending time with her family - especially her grandchildren and great grandsons. She told her children she only had them so that she could have grandkids and great grandkids. Dorleen was FUN. She loved fiercely and had a great style for fashion. Dorleen was known as not having much of a filter; if she thought it, she said it, and lived life on her terms. Dorleen lived at the Tree Top Apartments in Broken Arrow for nearly 15 years where she was known by the name of “Happy” because of the perpetual smile on her face. Due to failing health she moved into the Franciscan Villa one year ago. She will be missed by all who knew and loved her. Left to cherish her memory are son, Bill Miller (Mary) of Broken Arrow Daughter, Susie Beair of Rosenberg, Texas 6 Grandchildren: Marti Brust (Chris), Josh Beair (Erin), Amanda Beair, Patricia Miller, Brandy Miller, and Rebecca Miller 5 Great Grandchildren: Andrew Brust, Luke Brust, Bryan Bomar, Blake Bomar, and Jacob Beair And numerous nieces, nephews, and cousins Dorleen was preceded in death by her parents, husband, Bill, son Bobby, two brothers and three sisters.

Send flowers to the Miller family.