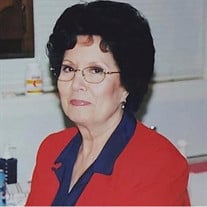 Wynoka McClung was born to Granville and Jewell (Roberts) Gourd on Monday, February 15, 1937 in Inola, Oklahoma. She died on Friday, May 22, 2020 in Tulsa, Oklahoma at the age of 83. Wynoka grew up the oldest of two daughters and lived nearly... View Obituary & Service Information

The family of Wynoka McClung created this Life Tributes page to make it easy to share your memories.

Wynoka McClung was born to Granville and Jewell (Roberts) Gourd...

Send flowers to the McClung family.