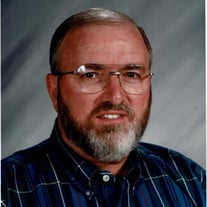 William (Bill) Vance Coleman was born May 21, 1951, in Duncan, Oklahoma to Yvonne (Lewis) Coleman and William “Hershel” Ingrum. Bill left for his heavenly home on Thursday, January 14, 2021 in Broken Arrow, Oklahoma at the age of 69. Services are under the direction of Hayhurst Funeral Home and will be held at The Assembly (South Campus) in Broken Arrow, Oklahoma on January 19, 2021. William will be buried at the Fort Gibson National Cemetery. William, known by most as Bill, graduated from Broken Arrow High School then went on to get his Associates Degree from Tulsa Community College (where he met his wife Nancy) and his Bachelor Degree from Oklahoma City University. Nancy Golden and Bill married on August 12, 1972 in Tulsa, Oklahoma. Bill and Nancy have two daughters and five grandchildren who were his pride and joy. Bill served in the Navy (active duty and reserves) and the Oklahoma Air National Guard in a civilian role as an Air Operations Supervisor, where he was honorably discharged and retired due to health reasons. Bill later worked as a Vice Principal at Grace Fellowship Christian School and he often talked fondly of all his students during his time there. He was also an avid volunteer, donating much of his time over the years to Loaves and Fishes, Tulsa Public Library, Saint Francis Cardiac Rehab, Grace Fellowship Church, and Will Rogers United Methodist. In his younger years, Bill enjoyed snow skiing with Nancy and close friends. Bill loved to travel with his family, often taking long road trips all over the U.S. but particularly loved to visit the mountains of Colorado. He loved to camp and would often take family camping trips, which would include close friends of the family and the family dog. Bill’s career in the military was cut short when he had a heart attack at the age of 34. After many years of health struggles, he eventually developed congestive heart failure and received the gift of a new heart in June of 2004. Bill contracted COVID in November, 2020 and passed away from resulting complications in January 2021. Bill is survived by: • Wife, Nancy Coleman of Broken Arrow, Oklahoma • Daughter, Christy Miller and Frank of Lubbock, Texas • Daughter, Stephanie McKnight of Lawton, Oklahoma • Grandchildren: Madison Miller (19), Jordan Miller (16), Riley Mumford (15), Isabella McKnight (10), and Brody McKnight (9) • Brother, Phillip Ingrum of Texas • Step-Sister, Carrie Ellis of Fairfax, Oklahoma • Father-in-law, John Golden and Mother-in-law, Norma of Broken Arrow, Oklahoma • Brother-in-law, Randy Golden of Broken Arrow, Oklahoma Bill is preceded in death by: • Father, William “Hershel” Ingrum • Mother, Yvonne Coleman • Brother, Roger Ingrum • Step-Sister, Judy Gann

William (Bill) Vance Coleman was born May 21, 1951, in Duncan, Oklahoma to Yvonne (Lewis) Coleman and William &#8220;Hershel&#8221; Ingrum. Bill left for his heavenly home on Thursday, January 14, 2021 in Broken Arrow, Oklahoma at the age of... View Obituary & Service Information

William's service will be streamed live at https://youtu.be/6lNqF9z5kzc

Send flowers to the Coleman family.