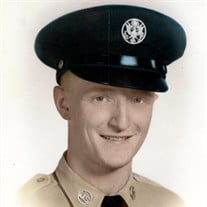 William Joseph Chavanne, Jr. was born on Sunday, May 22, 1938, in Gardenville, New York to William Joseph Chavanne, Sr. and Helen (Muck) Chavanne. He passed from this life on Wednesday, June 9, 2021, in Tulsa, Oklahoma at the age of 83. Bill’s father was of German descent and worked as a Baker. His mother was a homemaker. He was the third of four sons born to William, Sr. and Helen. Bill and his brothers grew up in Buffalo, New York and attended St. Canisius All Boys High School, graduating in 1956. He participated on the debate team and loved the subject of English. He proudly served as an altar boy at St. Ann’s Catholic Church in Buffalo. After high school, Bill joined the United States Air Force and was stationed stateside for six years between the Korean and Vietnam Wars. He was a salesman and an inventor. He, along with a small group of colleagues invented a software system that streamlined pre-qualifications for home mortgages that is still used today. Bill also worked as a “headhunter” for different companies throughout the United States. Never one for putting down roots as he loved to travel, he did live in California for 20 years before moving to the Tulsa area in 2004. He continued working in sales until he retired in 2014. He was a faithful member of St. Ann’s Catholic Church in Broken Arrow for the last 6 years. Surviving are Daughters, Deana O’Hara and her husband Jeff, and Jennifer Smith, Grandsons, Charles O’Hara and Dillon O’Hara and his wife, Courtney, numerous nieces and nephews, cousins, and one Great Grandson, who is due in September. He was preceded in death by his parents William, Sr. and Helen as well as his three brothers, Ronald, Maurice and Albert. A Celebration of Life is being planned for Bill at a later date.

The family of William "Bill" Chavanne, Jr. created this Life Tributes page to make it easy to share your memories.

Send flowers to the Chavanne, family.