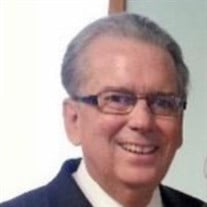 Tommy Scott was born in Coody Bluff in Nowata County on Wednesday, April 16, 1941, one of three children to Arthur and Georgia (Armstrong) Scott. He passed from this life on Monday, September 14, 2020 at the age of 79. Tommy grew up in the Nowata area and attended schools in both Armstrong and Nowata, graduating from Nowata High School in 1959. He met and started dating the love of his life, Pauline Foster in 1957 and they married a few years later. He met the Lord and was saved in 1960, working at various jobs until the Lord called him to preach in 1964. His first preaching responsibility was at a rescue mission called World Missions of Tulsa. After that, he and Pauline served as Pastor for seven different churches in Oklahoma and Kansas over the next fifty years. They also spent a few years traveling and ministering in many states and places he never thought he would have the opportunity to preach in. Tommy was currently serving as the Pastor of Armstrong Community Church in Nowata, Oklahoma. Tommy and Pauline are the proud parents of five sons, 2 daughters, 20 grandchildren as well as 20 great-grandchildren. His greatest sorrow and challenge was when his beloved wife, Pauline, passed away on July 18, 2017. Tommy knew so many people in and around Oklahoma and will be missed by countless friends he made through his many years of ministry. He leaves a strong legacy behind in his children who continue to carry on the work of the Lord. Tommy is survived by: Sons, Bryan Scott and his wife, Elizabeth of Meeker Phillip Scott and his wife, Saro of Eudora, Kansas Michael Scott and his wife, Cindi of Sand Springs Tim Scott and his wife, Misty of Topeka, Kansas Mark Scott of Broken Arrow Daughters, Tommie “Ann” Scott of Broken Arrow Debi Scott Griffy and her husband, Todd of Broken Arrow 20 Grandchildren and 20 Great Grandchildren He was preceded in death by his parents: Arthur and Georgia Scott; a brother, David Scott, a sister, Elizabeth “Nelsene” Hollingworth, and his precious wife, Pauline In lieu of flowers, please consider making a donation to: Revival Outreach Ministry in care of Hayhurst Funeral Home 1660 S. Elm Place Broken Arrow, OK 74012

Tommy Scott was born in Coody Bluff in Nowata County on Wednesday, April 16, 1941, one of three children to Arthur and Georgia (Armstrong) Scott. He passed from this life on Monday, September 14, 2020 at the age of 79. Tommy grew up in the Nowata... View Obituary & Service Information

Tommy's service will be streamed live at https://www.facebook.com/fullgospelchristiancenter/live/

Tommy Scott was born in Coody Bluff in Nowata County on Wednesday,...

Send flowers to the Scott family.