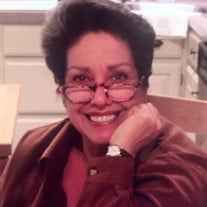 Suzanne Jane Mosier was born on Saturday, November 22, 1947 in Hastings, Nebraska, the daughter of Joseph G. and Dorothy B. (Wroughton) Ferebee. She passed this life at her home in Broken Arrow, Oklahoma on Monday, November 29, 2021. She was 74 years and 7 days of age. The former Miss Suzanne Ferebee was a 1966 graduate of Nelson, Nebraska high school, where she was honored as Homecoming Queen. She married Wayne Dean Mosier on January 1. 1967 in Davenport, Nebraska. Wayne served in the United States Army during the Vietnam War, spending his time in Wurzburg, Germany. Suzanne joined him in Germany for his tour of duty. After the service they moved to Hastings, Nebraska and then on to a farm East of Sedan, farming there from 1969 to 1978. In 1978, they moved back to the farm where Wayne had grown up after his parents retired. Suzanne, who had studied classical piano with Willem van Overeem at Hastings College, had a thriving private piano studio where she taught upwards of 60 students. In 1980, when their daughter Alicia was four, they moved to Broken Arrow, Oklahoma where Wayne started his business, Lone Oak Building and Remodeling, Inc. Suzanne worked in the business as a bookkeeper and served as an accompanist for many churches and choral groups, as well as continuing her own studies in vocal music and the humanities. Suzanne and Wayne were inseparable, doing everything together. They particularly enjoyed cooking and tending their extraordinary garden. Suzanne was a voracious reader, a gifted visual artist and writer, and a devoted grandmother who will be remembered for her vivacious personality, her love of the arts, and her enthusiasm for life. She was a member of St. Anne Catholic Church in Broken Arrow. The family requests memorials to The bART Center for Music. She is survived by, Daughter, Alicia Chesser, Tulsa, OK Grandchildren, Peter, Audrey and John Sister, Barbara and husband Ken Pugh, Bartlett, IL Several Nieces and Nephews Suzanne was preceded in death by her parents, Joseph and Dorothy, and her husband, Wayne.

Suzanne Jane Mosier was born on Saturday, November 22, 1947 in Hastings, Nebraska, the daughter of Joseph G. and Dorothy B. (Wroughton) Ferebee. She passed this life at her home in Broken Arrow, Oklahoma on Monday, November 29, 2021. She was... View Obituary & Service Information

The family of Suzanne Mosier created this Life Tributes page to make it easy to share your memories.

Send flowers to the Mosier family.