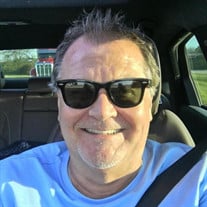 Scott Lynch Tully of Broken Arrow, OK, passed away on October 5, 2020. He was born in Ottumwa, Iowa, on August 6, 1965, to William Fox Tully and Nancy Agnes Crawford. In 1983, Scott graduated from Jefferson High School in Cedar Rapids, Iowa. He went on to study business at Coe College, graduating in 1987. He received his Juris Doctorate from The University of Tulsa College of Law in 1990. Scott began his legal career with a large Tulsa firm and then founded the Tully Law Firm in 2007. For 25 years, Scott was a fierce advocate for his clients and believed that the $1,000 case was worth as much as the $1,000,000 case. Although primarily practicing in Oklahoma, Scott was also proudly admitted to practice in Iowa and Alabama. He has been described as “one of the only lawyers I admired.” Among his clients, colleagues, and strangers, he never let anyone feel insignificant. At an early age, Scott found his first love – baseball. Baseball brought Scott some of his most memorable and happy times, lifelong friends and later in life, precious memories with his closest friends and family. Scott enthusiastically gave countless hours and donations to community organizations close to his heart and had a soft spot for underprivileged children. He’s known for supplying classrooms with books, buying entire little league teams their uniforms when fundraising was tough, mentoring local high school football players, randomly picking up strangers’ tabs and strapping his motorcycle down with dozens of toys for annual toy drives. Scott’s children and grandchildren were undoubtedly the highlight of his life. Friends, acquaintances and strangers heard about his five girls and seven grandchildren every time he spoke. He was so proud of his daughters, the lives they are creating and the places they are going. His grandkids had him wrapped around their fingers. Scott spent as much time with them as he could and made sure each of them had one-on-one time with him and knew how much he loved them. Time with them involved fishing, popsicles in the pool, ice cream, his famous “Papi-corn” and endless prank wars. He was a father and Papi unlike any other and he will be missed immeasurably. When he wasn’t spending time with his family, Scott enjoyed fine-tuning his sarcasm, growing his second business – The Green Goat, annual Iowa trout fishing trips with his brother Billy and their buddies, cheering on the Yankees, Dallas Cowboys and Sooners, driving his Jaguar with the windows down and music blaring, riding his Harley at dangerous speeds, collecting autographs from D-list celebrities, growing his fedora and bowtie collections, attending the Masters golf tournament and about every kind of music imaginable. We recently discovered that he marked over 800 songs as his “favorite” song. Scott is survived by his wife, Robin Marie Tully; his children, Lindsey McConnell (husband Cliff McConnell), of Broken Arrow, OK; Lacey Ullrich (husband Brandon Ullrich), of Coweta, OK; Maggie Logan (husband Landry Logan), of Moore, OK; Mollie Detamore (husband Aaron Detamore), of Mustang, OK; and Piper Tully, of Broken Arrow, OK; his beloved grandchildren, Audrey, Atticus, Walker and Rose McConnell; Kennedy, Mia and Ace Ullrich; and Witten Logan (arriving this December); his mother, Nancy Crawford of Cedar Rapids, IA; his brother, Billy Tully (wife Katie Tully), of Lakeland, FL; nieces Ally Tully and Grace Tully; nephew Logan Tully; and great niece Zoey Tully. Scott was preceded in death by his father, William Fox Tully and his lifelong best friend and confidant, Jeff Wagnon. A Memorial Service will be held at Hayhurst Funeral Home in Broken Arrow, OK on Monday, October 12th at 11:00am. In lieu of flowers, please consider honoring Scott through a donation to Toys for Tots by visiting https://www.toysfortots.org/donate/forms/simple/Default.aspx. Think of Scott next time you enjoy your favorite song. Honor him by telling those closest to you that you love them and that they always make you proud.

Send flowers to the Tully family.