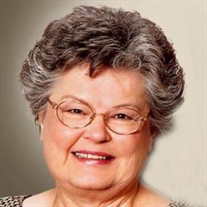 Rosie May (Bates) Yandell was born on August 23, 1936 in Oklahoma City, Oklahoma. She was the daughter of Reverend Dillard Richard and Rosie May (Sanderson) Bates. She was the oldest daughter of eight children. She passed from this earth on Monday, May 25, 2020, in Tulsa, Oklahoma. She was a licensed minister with the Assemblies of God for more than 35 years. She was a P.K. (Preacher’s Kid) and her parents pastored twelve churches before they retired. She didn’t mention the exact time she gave her heart to Jesus as a child. She had a strong faith and determination to serve the Lord all her life. She mentioned being filled with the Holy Spirit at a young age and how that made such a difference in her life. She was familiar to moving to many towns and cities during their time of starting churches in the late 1930’s and 40’s. On the first night of the 1954 Tulsa Teacher’s Conference at the old Faith Tabernacle church, she arrived and saw a tall, really handsome (her own words) young man wearing a burgundy sport coat. She knew who he was and in her own words she said, “My heart did a standstill and beat rapidly and he shook hands with me. I suppose I said, ‘Hello.’” She and Charlie L. Yandell married on September 4, 1954, at her dad’s church, Bruner Assembly of God on the Sand Springs line. Together they began a journey of ministry and pastoring across Oklahoma and a brief time in Louisiana. The congregations that they pastored include Hammond Assembly of God in Louisiana; Prue Assembly of God; Pawnee Assembly of God; Turley Assembly of God; First Assembly of God in Henryetta; and Central Assembly of God in Edmond. She was always very active in the life of each church they pastored, even while raising six children. She played the piano and sang with Charlie throughout their ministry. Together they wrote many songs and recorded several southern gospel albums. They also hosted a radio ministry, “The Sounds of Sunday” many years on radio station KBJH that later became KCFO. She and Charlie greatly loved the people in the churches they pastored. They spent endless hours caring for their congregation. She was always active in the local church Women’s Ministries and girls ministry, “Missionettes.” This involvement in Women’s Ministries and Missionettes led to her being asked by the Oklahoma Assemblies of God in 1981 to become the state director for these ministries. She served in this position until her retirement in 1997. Throughout these years of service and ministry she held numerous meetings, conferences, retreats, and training courses. She loved and cared for the needs of the Oklahoma missionary family. She made sure that each missionary and missionary’s kids received a card and gift on their birthday. She oversaw the raising of hundreds of thousands of dollars to supply household equipment for each missionary family. She took extreme care to make sure each missionary family was treated equally and received any help she could provide. Besides retreats for the girls in the Missionettes program, she loved being able to crown well over a thousand young girls who passed their highest requirements in their program as “Honor Stars”. She worked to make this ceremony as special as it could be with flowers, tiaras, and lovely stage decorations. After retirement, she and Charlie enjoyed some travel and found a place to retreat at Roaring River in Missouri. Along with their best friends, Charles and Norma Morrison, they spent hours together with the men fishing and she and Norma reading and relaxing together. The joy of Rosie and Charlie’s lives were their family. They raised all six of their children to know and love the Lord. They were involved in the music ministry of their parents. They knew how to celebrate all the birthdays, holidays and special occasions and took several vacation trips and outings through the years. As their children grew and some married, their hearts opened and welcomed their spouses into the family. Then, as the fifteen grandchildren came along, they loved to spend time with them and take them on trips to their place at Roaring River. Once again as the grandchildren grew and several married, they welcomed and loved each new member of the family. The 15 great-grandchildren became the delight of their lives. Rosie enjoyed getting pictures and videos of them all. Rosie is survived by: Four Sons Tom Yandell and wife, Nancy Ron Yandell Don Yandell and wife, Debbie Robert Yandell and wife, ReBecca Two Daughters Sheryl VonLanken and her husband, Brian Phyllis Yandell Fifteen Grandchildren Brenna (Josh), Deana (Steve), Charlie A., Nick (Annie), Ryan (Marianne), Brad, Christina, Angela (Dan), Grant (Sarah), Jonathan (Angela), Todd (Kelsey), Allison, Craig, Will, and Emily Fifteen Great-Grandchildren Caleb, Abbey, Maximilian, Drake, Lucy, Xyler, Adeline, Jake, Ryker, Dylan, Roman, Eva, Elias, Colin and Franklin. One Brother Albert One Sister Elizabeth One Sister in Law Della And numerous nieces and nephews. She is preceded in death by her husband, Charlie; her parents; her four brothers, Billie, Dillard, John, and David; her sister, Ruth; a daughter-in-law, Danetta Private Family services

Rosie May (Bates) Yandell was born on August 23, 1936 in Oklahoma City, Oklahoma. She was the daughter of Reverend Dillard Richard and Rosie May (Sanderson) Bates. She was the oldest daughter of eight children. She passed from this earth on... View Obituary & Service Information

The family of Rosie Yandell created this Life Tributes page to make it easy to share your memories.

Send flowers to the Yandell family.