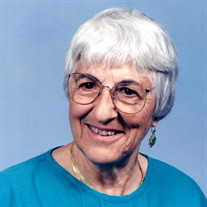 Rose Ann (Valvo) Benson was born in Forestville, New York on Thursday, October 15, 1925, to Jerome and Francis (Pagano) Valvo. She passed from this life on Saturday, November 20, 2021, with her family by her side in Broken Arrow, Oklahoma at the age of 96. Rose was the sixth of seven children born to the Valvo’s, who were farmers in upstate New York. Both of Rose’s parents were originally from Sicily so she learned to work hard and cook some amazing dishes from her childhood on. She remained close to her siblings until each of them passed through the years. She attended school in Forestville, New York and was a member of the National Honor Society. Blessed with a high I.Q. and strong work ethic, immediately after her high school graduation she got a job with the Department of the Interior in Washington, D.C. She met the love of her life, Henry Gordon Benson, who moved into the same apartment complex where Rose lived. They married on November 24, 1948, in Washington, D.C. After giving birth to her son and daughter and they both were in school, Rose re-entered the work force and got a job with NASA in Greenbelt, Maryland as an Administrative Assistant, where she worked for 25 years before her retirement. Her husband, Henry, worked as an electrician for Pepco and they raised their family in Maryland until they both retired in 1986. After retirement, the couple moved to Ocala, Florida where Rose lived for 23 years. Henry passed on March 12, 2001. Rose continued living in Florida until her son and daughter-in-law moved her to Broken Arrow so they could provide the care she needed. She lived in the Silver Arrow Estates until recently moving in with her children at their home. Rose loved board games and dominoes of all types and was hard to beat. She was known to “change up the rules ever so often” in a way that benefited her game. She was an excellent cook her entire adult life, especially the Christmas Bread she made for her grandsons. Rose was a member of St. Benedicts Catholic Church here in Broken Arrow. She will be missed by all who knew and loved her. Left to cherish her memory are son George Benson and his wife Jan, of Broken Arrow 2 Grandsons: Adam Benson and his wife Ashlyn, of Tulsa James Benson of Tulsa And numerous nieces, nephews, and cousins Those who preceded Rose in death are her parents, husband Henry, daughter Diane Benson, two sisters, Marion and Mary and four brothers, Carl, Anthony, Henry and Burt.

Rose Ann (Valvo) Benson was born in Forestville, New York on Thursday, October 15, 1925, to Jerome and Francis (Pagano) Valvo. She passed from this life on Saturday, November 20, 2021, with her family by her side in Broken Arrow, Oklahoma at... View Obituary & Service Information

The family of Rose Benson created this Life Tributes page to make it easy to share your memories.

Send flowers to the Benson family.