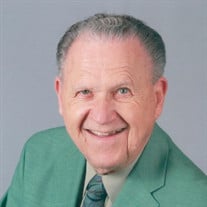 Ronald D. Schappell Ronald Daniel Schappell was born on Monday, February 20, 1939 in Baltimore, Maryland, the son of Daniel L. and Lillian F. (Long) Schappell. He passed this life in Tulsa on Friday, October 2, 2020. He was 81 years of age. Ron was a 1957 graduate of Brewer High School in Fort Worth, Texas. He attended Texas Christian University for one year. Ron served in the Air National Guard for 4 years in Kansas. He started his working career in Fort Worth, Texas for IBM. He then went to work for Greyhound Bus Company in the Computer department, working for Greyhounds in the Kansas City, Kansas and Abilene, Texas offices. He returned to Fort Worth, Texas and took a Job with Moore Business Forms for whom he worked for many years. He moved to Tulsa with Moore business, continuing in sales of envelope and business forms, winning many sales awards. Eventually, he went in to business for himself as Ronco. He left Tulsa and moved to Yukon, Oklahoma for 7 years with National Envelope Company. In 1993 he moved back to Tulsa where he worked until his retirement. In his retirement years, he worked with Legal Shield selling to Public Schools across Oklahoma. Everywhere he went they knew him as “Bullwinkle”. Ron became a Christian as a child in the Lutheran church, and as a teenage he wanted to be a preacher. He rededicated his life to the Lord at Southern Hills Baptist Church in Tulsa where he was a member for 13 years. He was a member of Council Road Baptist Church in Yukon for 7 years, moving to Broken Arrow in 1990 and joining First Baptist Church. Ron served his Lord in Prison Ministry all over the state of Oklahoma and several trips to Angola State Prison in Louisiana, many friends helped Ron each Christmas to stuff bags to go to prisoners in Oklahoma. Cathy and Ron sponsored the Angel tree for children of prisoners at First Baptist Church for a number of years. Ron was a Gideon, witnessing and going to Colombia, South America and Cambodia. He handed out hundreds of little Gideon New Testaments to people he met. On Ron’s 70th birthday his family and church participated in a party for him at Incredible Pizza, everyone brought a gift for a child to be donated to the Little Lighthouse. Ron was married to the former Dee Dice on June 5, 1959. They had one daughter, Sheree (Buffy). Ron married the former Kathy Stick in 1983. Cathy preceded him in death in 2006 after a long illness. Ron has faithfully taken care of Cathy’s mother, Mildred Abbett since Cathy’s death. Ten years later on April 22, 2016 he married Alline Gage whom he met at Church. They have enjoyed 4 years of marriage together. The family has requested memorials to the The Gideon’s International, Broken Arrow Camp, P.O. Box 162, Broken Arrow, Oklahoma 74013 or The Little Lighthouse, 5120 East 36th, Tulsa, Oklahoma 74135. Ron is Survived by, His wife, Alline Gage Schappell, of the home Daughter, Sheree and husband Dale Schumacher, Claremore, OK Grandchildren, Scottie and wife Molly Prevett Shelly and husband Jon Gordon Jenilea Melton Great Grandchildren, William Prevett, Lillian Keenan and Scottie Prevett II. Sisters, Diane and husband Jack Ramsey, Oklahoma City, OK Jeanne and husband Jimmy Tolly, Oklahoma City, OK Bonus Family, Laura and husband Jade Davis Dan and wife Kristeen Gage. Nine bonus grandchildren and five bonus great grandchildren. Ron was preceded in death by his Parents, Daniel and Lillian; two brothers, Bill Lafferty and Ross Schappell.

Ronald D. Schappell Ronald Daniel Schappell was born on Monday, February 20, 1939 in Baltimore, Maryland, the son of Daniel L. and Lillian F. (Long) Schappell. He passed this life in Tulsa on Friday, October 2, 2020. He was 81 years of age. Ron... View Obituary & Service Information

Send flowers to the Schappell family.