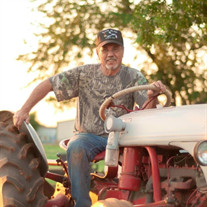 Robert Gissendaner was born in Fletcher, Oklahoma on Sunday, November 24, 1940, to Ned and Gracie (White) Gissendaner. He passed from this life to his eternal home in heaven on Sunday, May 8, 2022, at his home in Broken Arrow at the age of 81. He was the youngest of six children born to the Gissendaner family. They moved from Oklahoma to Arizona when Robert was an infant and the family farmed and owned a hay baling business there. Robert grew up helping with farm chores, but as a teenager he found a love of music. He played lead guitar and sang in a band in high school. He graduated from high school in 1958 and attended several classes at the University of Tucson, studying Plant Pathology. By the age of 26, Robert was ready to settle down. He met, fell in love with, and married Diane Grace on January 12, 1967, in Winter Haven, California. He became the father of two sons, and received a “bonus daughter” when he and Diane got married. Robert moved his family to the Tulsa area and worked for the Ford Glass Plant as a Millwright for over 25 years. He was also a union rep with the United Auto Workers Union. He and Diane were faithful members of The Assembly Church in Broken Arrow for nearly twenty years. He was an avid gardener, played volleyball and bowled, and loved old cars and trucks. One of his prize vehicles was a ’56 Chevy, but he owned Model T’s and trucks of various makes and models. In his “spare time”, he attended training and became a Reserve Officer for both Wagoner County and the Broken Arrow Police Department. He will be missed by all who knew and loved him. In lieu of flowers, the family requests memorial gifts be made to the American Cancer Society at www.cancer.org Left to cherish his memory are wife, Diane, of the home in Broken Arrow Son, Keith Gissendaner of Broken Arrow Son, Kevin Gissendaner (Tonya) of Broken Arrow Daughter, Lori Shaver of Cleveland Brother, Pete Gissendaner (Shirley) of Prescott, Arizona Grandchildren: Savannah Gissendaner, Brooklyn Gissendaner, Joshua Gissendaner, Scotty Shaver, and Braden Shaver Great Grandchildren: Delilah Shaver, Alyssa Shaver, Bella Shaver, Jackson Shaver, and Paisleigh Shaver Those who preceded Robert in death are his parents, Ned and Gracie Gissendaner, Sisters, Lucille Bouse, and Mary Eva Pritchard, and brothers, Bud Gissendaner, and Willis Gissendaner (Cheesy)

Robert Gissendaner was born in Fletcher, Oklahoma on Sunday, November 24, 1940, to Ned and Gracie (White) Gissendaner. He passed from this life to his eternal home in heaven on Sunday, May 8, 2022, at his home in Broken Arrow at the age of 81.... View Obituary & Service Information

The family of Robert Gissendaner created this Life Tributes page to make it easy to share your memories.

Robert Gissendaner was born in Fletcher, Oklahoma on Sunday,...

Send flowers to the Gissendaner family.