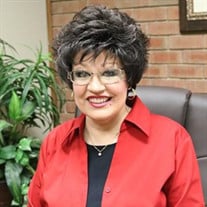 Renee Louise (Carlson) Gilligan was born in Minneapolis, Minnesota on Monday, December 13, 1948, to Orville Hendrick and Yvonne Lynnette (Opsal) Carlson. She transitioned from this mortal coil to her eternal home in Heaven on Wednesday, March 16, 2022, in Tulsa, Oklahoma at the age of 73. Renee was one of three children born to the Carlsons, who were missionaries with the Assemblies of God. They spent most of their ministry in Bangladesh and the Fiji Islands. She attended high school in the Fiji Islands and graduated both high school and a concurrent enrollment business school program in 1966. Renee was brilliant, to say the least. Renee was introduced to Bill Gilligan by his sister at North Central Bible College in January of 1970, and it was true love at first sight. Their epic love story began with their first date on Valentine’s Day and they married on December 19th of that same year in Minniapolis, Minnesota. Thirteen years later they became proud parents of their daughter, Megan, and after quickly realizing they had achieved perfection, chose to not have any more kids. They were grandparents to several weird and wonderful furballs, most recently a cat, Hugh Henry William Face Gilligan, aka Huey, who preceded Renee in death by only two weeks. Bill was an Assemblies of God Pastor, and Renee was a partner, anchor, encourager and friend for him as she epitomized class, sophistication, and genuine Christ-like love and compassion as the pastor’s wife to the congregations where they ministered. Prior to retirement, she held the position of Executive Administrative Assistant to the pastor of Tulsa Bible Church for over a decade. Renee was a tremendous source of strength, wisdom, joy, and love to everyone who was blessed to come into her presence. She will be profoundly missed. Left to cherish her memory and carry on her legacy of love are husband, Bill Gilligan, of the home in Broken Arrow Daughter, Megan Gilligan of Broken Arrow Brother, Randy Carlson (Renee) of Bokeelia, Florida Sister, Rita Jones (Grant) of Springfield, Missouri Nieces, Cherie Hernandez (Ricky), and Charity Boyd (Andy) Nephews, Ben Carlson (Taylor), Ryan Jones (Mary), and Cameron Jones (Kayla) Numerous great nieces and nephews And dear friends, Sam and Mary Baker and their children, Sammy, Justin, and Haylee of Canfield, Ohio She was preceded in death by her parents, Orville and Yvonne Carlson, and Sam and Mary’s youngest son, Alex Barker, whom her family is exceedingly confident was the very first one to meet her at Heaven’s glorious gates and then take her straight to meet the only one she loved more than her husband and daughter, her Savior, her Lord Jesus Christ, the Risen King. (The cat probably helped, too.) In lieu of flowers, the family asks that donations be made in honor of Renee's Legacy of Love to: The Heart of the Divine at: go.rallyup.com/the heart of the divine

Renee Louise (Carlson) Gilligan was born in Minneapolis, Minnesota on Monday, December 13, 1948, to Orville Hendrick and Yvonne Lynnette (Opsal) Carlson. She transitioned from this mortal coil to her eternal home in Heaven on Wednesday, March... View Obituary & Service Information

Send flowers to the Gilligan family.