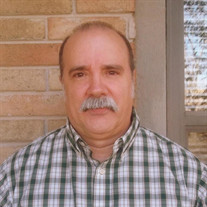 A Private Family Service for Raymond “Ray” Henry Oberdick, III will be held at the National Cemetery in Fort Gibson, Oklahoma. Ray was born in Schenectady, New York on Saturday, August 21, 1954, the son of Raymond Henry, Jr. and Marilyn Catherine (Miller) Oberdick. He died in Tulsa, Oklahoma on Wednesday, September 22, 2021. He was 67 years of age. Ray was a graduate of Niskayuna High School in New York. He served as an Infantryman in the United States Army for four years. He later studied business administration at Paul Smiths College in New York and then studied accounting at the University of Tulsa where he was also a member of Sigma Chi. Ray married Katherine Renee King in May of 1981 and their union was blessed with three children. He worked as a machine operator for Kimberly-Clark Corporation in Jenks, Oklahoma for over 25 years. Ray was a wonderful cook, specializing in pasta, chili, and steak. He enjoyed watching westerns and working on crossword puzzles. He could be heard yelling at the television during OU football games. He had a heart for Penn State, as it was his father’s alma mater. He was also a fan of the New York Yankees. He had an eclectic music collection and was a member of the choir in church for many years. He was playful and loved pranks with his kids. He was fiercely loyal, always serving others and putting others needs before his own. Memorials may be made to St. Jude Children’s Research Hospital at www.stjude.org/donate. Ray is survived by, Children, Sarah Robinson and husband Justin, Tulsa, OK Matthew Oberdick and wife Breanne, Oklahoma City, OK Kristopher Oberdick and wife Lindsay, Broken Arrow, OK Grandchildren, Lance, Chase, Benjamin, Emma Grace, Costin, Raylee, Kohler, Brock, Dexter, and Holland Mother, Marilyn Oberdick, Niskayuna, NY Siblings, Christine Oakley and husband Gary, Schenectady, NY Elizabeth Linan and husband Mike, Austin, TX John Oberdick and wife Dina, Columbus, OH Pamela Gonyea and husband Bill, Saratoga Springs, NY Todd Oberdick and wife Leah, Schenectady, NY Numerous cousins, nephews, nieces, and other loving family He was preceded in death by his father and aunt Phyllis Oberdick.

A Private Family Service for Raymond &#8220;Ray&#8221; Henry Oberdick, III will be held at the National Cemetery in Fort Gibson, Oklahoma. Ray was born in Schenectady, New York on Saturday, August 21, 1954, the son of Raymond Henry, Jr. and... View Obituary & Service Information

The family of Raymond "Ray" Oberdick created this Life Tributes page to make it easy to share your memories.

Send flowers to the Oberdick family.