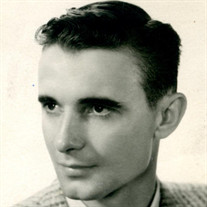 Philip Frederic Wright was born on January 18, 1940 and passed away December 11, 2020 at the home of his sister, Delores Gardner, in Broken Arrow, Oklahoma. The fifth son of Claude H. and Evelyn (Risher) Wright, born in Holt, Colorado, near Inman, Nebraska. Phil was preceded in death by his parents, seven brothers and three sisters: Harvey, Claude Jr., Duane, Vernon, Wendell, Alan, Steven, JoAnn Ritter, Merlyn Heuston and Sylvia Hillhouse. Surviving are Roger Wright of Drumright, Oklahoma, Audry Gibbs of Drumright, Oklahoma and Delores Gardner of Broken Arrow, Oklahoma as well as numerous nieces and nephews. Phil attended Olive School 12 years, graduating in 1958. He worked several months as a welder’s helper with Charles Gardner in New York State. He enlisted in the Air Force in 1959, earning the rank of A/1C. He spent most of his time in Germany and received an honorable discharge February 11, 1965. After one more pipeline job in Louisiana, He stayed with the Gardner family in Broken Arrow and attended Tulsa Welding School. He graduated in 1970 with honor in many types of welding, immediately going to work for Philip Petroleum, until he retired. Through the years, Phil had purchased a home, property and cattle near Okmulgee. In 2005, he designed and built a new house, while improving land, a pecan grove and building several large ponds with fish. He enjoyed having friends and family visit. He loved having his great nieces and nephews coming to fish and spent hours helping them bait hooks and teaching some rookies how to cast. He was a wonderful brother, quiet, gentle and kind. He will be greatly missed!

Philip Frederic Wright was born on January 18, 1940 and passed away December 11, 2020 at the home of his sister, Delores Gardner, in Broken Arrow, Oklahoma. The fifth son of Claude H. and Evelyn (Risher) Wright, born in Holt, Colorado,... View Obituary & Service Information

The family of Phil Wright created this Life Tributes page to make it easy to share your memories.

Send flowers to the Wright family.