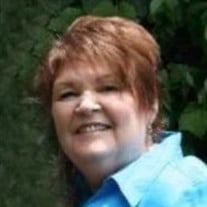 Paula Jean Pruitt was born on Friday, January 11, 1946 in Tulsa, Oklahoma the daughter of George Edward and Mary Maxine (Barnett) Rowin, Jr. She went to be with her Lord and Savior Jesus Christ on Wednesday, March 9, 2022 at St. Francis Hospital... View Obituary & Service Information

Send flowers to the Pruitt family.