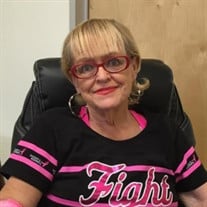 Patricia Kay “Sparks” Kirk • Patricia (“Pat”) Kirk was born in Hayward, California, October 3, 1941 to Milton & Iva Sparks. Pat went to be with the Lord at 4:00am on April 24, 2020. • When Pat was a 1-year-old, her family moved from CA to Lincoln, AR, where most of her parents’ relatives lived. She loved to sing and play piano in church with cousins and family. She was saved at a young age and loved going to church her entire life, particularly Women’s Bible studies. • Her parents moved to Muskogee, OK in 1958 and she graduated from Muskogee Central High School in 1959. Pat stayed in Muskogee (after her parents returned to Arkansas), living at the YMCA, which was where “proper young ladies lived on their own, when single.” She was working at Zales Jewelry when she & Louie met in Muskogee. He had recently returned from Germany while in the Army. He said it was “love at first sight” when he saw her. His description of her was “she was a looker” and then would laugh and wink. They both loved cars - her ‘55 Chevy hardtop and his ’57 Chevy hardtop. Cruising from one side of town to the other was the fad in 1961/1962. • Pat married Louie L. Kirk, Jr. on June 10, 1962 at Boston Avenue Baptist Church, Muskogee, OK. After their wedding they moved to Tulsa. Pat worked as secretary for the church they attended. She and Louie then moved to Broken Arrow to start their family. Living next to Central Park was a great big playground for their boys. They later moved to the outskirts of Broken Arrow into Clearview Addition on Hwy 51 – building their first home. Pat wanted everything clean and in place at all times. She even swept the garage at least once a week. Wow! • Pat worked for several businesses in Broken Arrow and Tulsa while raising the boys (LB Jackson; Rhema Bible College; Ross Drug; Ingersol-Rand). She especially loved being an interior designer, staging homes for a local builder. Eventually, they opened a Daylight Donut Shop on North Main Street, which was interesting. Pat was an early riser, so opening the shop at 6:00 AM was not a problem. Rather, the issue was with the ones starting the donuts at 1:00 AM – or, at least, the ones that were supposed to be there at 1:00 AM. Ha! They did survive and had other business and family adventures – like a BBQ restaurant, banking, and car racing for many years. Friday nights were for dirt track racing as a family. • The four of them moved to Anchorage, Alaska in 1986 on another adventure to buy a Transmission & Automotive Shop from a relative. Pat was the office manager, working side-by-side with Louie and her boys. When the boys married and started their families, the grandkids were at the shop every day, with Pat entertaining them and supervising their schoolwork. She had lots of fun taking them back and forth to school. The office was equipped with a spot for each one. They loved their “Grammy Pat” and she adored them. • Again, racing was a large part of their lives. Pat, Louie, and her boys and their families were at the Alaska Raceway Park every weekend for drag racing. They were part owners of the racetrack for several years. The summertime weekends were spent at the track with her boys and grandkids racing. Pat coordinated and prepared meals for everyone and generously fed all their friends and families during these events. • Pat and the boys continued running the business for several years after Louie passed away in 1999. They sold the business in 2010 and moved back to the “lower 48,” as they called it. Pat moved to Arizona to be close to her grandkids. • Pat was well known by family and friends for her “decorating” taste and skills. She loved all things RED, black & white, and with “bling” for accent. Her houses were decorated like a showcase. She loved to help others decorate theirs too. At their church in Anchorage, she served on several committees, with a passion for decorating and coordinating these events around a theme so that everyone had a fun time. • She loved to talk with friends from Broken Arrow when she was living in Alaska. To get her to move to Alaska and leave her family and friends behind, Louie promised her that she could call whomever she wanted anytime. We can only imagine the phone bills! • Pat was a true, lifelong friend to so many, and never met a stranger! Her list of friends grew with every place she lived. All her friends loved her and the red lipstick that was her trademark! She loved life, family and friends with all her heart. If any of them came to visit the family in Alaska, Pat was the best personal tour guide, showing them all part of Alaska that she loved. • She loved her family with a full heart because she loved The Lord. Pat gave her family “unconditional love,” the way she had been taught by her mother, who was a perfect example. • Preceding her in death was her husband - Louie L. Kirk, Jr., her parents - Iva Tennison & Milton L. Sparks, her only sibling – brother Robert (Bob) L. Sparks, and her nephew - Brent Sparks. • She is survived by: o Her oldest son - Randal Lee (Randy) Kirk, married to Angel Kirk; of Henderson, NV; o Her youngest son - Richard Lane (Ritchie) Kirk, married to Christina Duncan Kirk, of Morgantown, WV; o Her grandchildren - Cody Kirk, Joshua Kirk, Jenna Kirk, Kourtney Kirk, Rachael Adams, & Nick Adams; o Her sister- and brother-in-laws: Caroline/Dick Baze, Marsha Sheneman, Robbie Lynn/Larry Webb, JW/Diane Kirk, and Larry Kirk; o Her nieces & nephews: Judy (Sparks) Gaylor, Sherry (Sparks) Caudle, Brian Sparks, Richard Baze, Deanna/Danny Thomason, Mechelle Sheneman, Jeff/Patricia Sheneman, Jason/Michelle Sheneman, Casey Sheneman, Lacey/Joe Demalis, and Ashley Kirk. The family requests memorials to: www.alz.org

The family of Pat Kirk created this Life Tributes page to make it easy to share your memories.

Send flowers to the Kirk family.