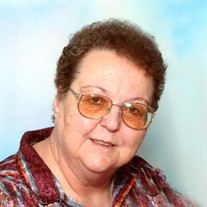 Mary Eleanor Lowe was born on Wednesday, April 7, 1943 in Orange County, California, the daughter of Cecil and Maxine Farmer. She passed this life on Saturday, April 2, 2022 at St. Francis Hospital in Tulsa. She was 78 years of age. The... View Obituary & Service Information

Send flowers to the Lowe family.