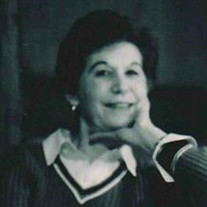 Marilyn Barron was born in Bertrand, Missouri on Thursday, July 6, 1939, to James Harley and Wilma Helen (Hargrave) Miller. She passed from this life on Monday, October 11, 2021, in Tulsa, Oklahoma at the age of 82. Marilyn was the 2nd of 4 children born to James and Wilma. She grew up in Charleston, Missouri. Her mom was a homemaker. Marilyn grew up playing sports but especially softball as a pitcher. In high school, she was a cheerleader. After she graduated from high school, the family moved to Springdale, Arkansas where her dad eventually owned a furniture store. She and a friend went to AQ Drive-in Restaurant where they parked their car and ordered their food through a speaker (an early version of Sonic). A handsome young man invited both of the girls to go with him to the Rockwood Music and Dance Club. Marilyn and that young man, Lyndal Barron began dating and after several months were engaged and married in Stillwell, Oklahoma on May 17, 1963. The two moved to Tulsa to begin their lives together as a couple. They have been married for 58 years and are parents to one daughter and one son. She stayed at home raising her children and taking care of her home until they were old enough for her to pursue her career. She worked as a Construction Project Manager for Natkin Construction Company in Tulsa for many years. She and Lyndal were members of a dune buggy club. They moved to Broken Arrow in 1984. Marilyn was an excellent seamstress making clothes, curtains and even car upholstery. Christmas was an important time of year for Marilyn, and she put a lot of effort in ensuring the family celebration was perfect. All could not wait for her to show up with her infamous Italian Coconut Cream Cake to the extended family get-together. She loved the TV Show “Dallas”, Carrie Underwood, the OU Sooners and Dallas Cowboys, working puzzles, and shopping. She remained close with her sister and two brothers her entire life. They would make one or two trips each year to spend a week in Branson, Missouri. But the thing she enjoyed most was spending time with her two children and three grandchildren. Her family described her as strong, brave, the toughest person they’d ever known, and a hard worker. She rarely missed a day of work, even during her cancer treatments. She will be missed by all who knew and loved her. Left to cherish her memory are husband Lyndal of their home in Broken Arrow Daughter Jama Barron of Dallas, Texas Son Shayne Barron (Ashley) of Broken Arrow Sister Vonda Brown (Sam) of St. Louis, Missouri Brother Dennis Miller (Beverly) of Springdale, Arkansas Brother Jim Miller (Kathy) of Tontitown, Arkansas Sister-in-Law Twila Johnson of Fayetteville, Arkansas Grandchildren Joshua Barron, Kayla Metcalf, and Levon Barron And numerous nieces, nephews, and cousins She was preceded in death by her parents James and Wilma Miller

Marilyn Barron was born in Bertrand, Missouri on Thursday, July 6, 1939, to James Harley and Wilma Helen (Hargrave) Miller. She passed from this life on Monday, October 11, 2021, in Tulsa, Oklahoma at the age of 82. Marilyn was the 2nd of... View Obituary & Service Information

The family of Marilyn Barron created this Life Tributes page to make it easy to share your memories.

Marilyn Barron was born in Bertrand, Missouri on Thursday, July...

Send flowers to the Barron family.