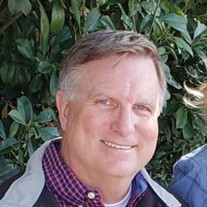 Larry Dan Schick was born on Friday, September 7, 1956 in Shattuck, Oklahoma the son of Joe Dan and Mary (Matthews) Schick. He died on Saturday, February 27, 2021 at Coffeyville Regional Medical Center in Coffeyville, Kansas. He was... View Obituary & Service Information

A recording of Dan's service can be seen at https://youtu.be/4MWVytEcm3w

Send flowers to the Schick family.