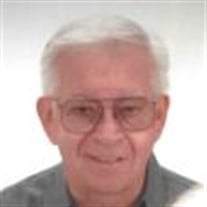 Services Pending Larry Clinton Joy, of Broken Arrow, OK passed away on Saturday, January 30th, 2021 after reaching the age of 74. Larry was born on September 18, 1946 in Great Bend, Kansas to Clinton and Hazel (Smith) Joy. He was raised on the plains of central Kansas, where, as a boy, he learned the gift of hard work as he performed odd jobs in farming and oil to support himself and his family. After graduating high school, Larry joined the United States Air Force to proudly serve his country. It was during his military career while stationed in Florida he met the love of his life, Cathleen Rita Dwyer and made her his wife. They were inseparable for their 54 years of marriage where they moved from coast to coast finally settling in Oklahoma. Their love affair produced two children, seven grandchildren and one great grandchild. Larry was a good father who always took care of his children and did the best he could to teach and guide them, leaving a legacy of a commitment to hard work, honesty and integrity. During the course of his career, Larry applied his tenacity for hard work and intelligence no matter what type of work he was doing. Larry spent most of his professional career as a stock broker and as a day trader in his retirement. Larry, a man always focused on working, made time for only a few extracurricular activities in life and competitive shotgun sports were at the top of that list. Larry enjoyed all things shooting related and invested in this activity to become the very best he could be. Larry loved all things hunting, fishing and outdoors. Larry was a man changed by Christ, a strong patriarch of his family, a good friend to all, a man who would give his shirt for a friend. Larry led his family, not by talk, but by his example. Larry served as a volunteer the past four years at World Outreach Church and always made time for those in need. Larry is survived by, Wife, Cathleen Joy of Broken Arrow, Oklahoma Daughter, Valarie Gomm & Michael of Wichita, Kansas Son, Shawn Patrick Joy & Melanie of Jenks, Oklahoma Grandchildren; Joshua Gomm, Daniel Gomm, Elijah Gomm, Christian Joy, Addison Joy, Channing Joy, Raegan Joy Great-grandchild; Stetson Brozek Sister, Janice Heinz Preceded in death by parents, brother, Wayne Joy and sister, Cynthia George

Services Pending Larry Clinton Joy, of Broken Arrow, OK passed away on Saturday, January 30th, 2021 after reaching the age of 74. Larry was born on September 18, 1946 in Great Bend, Kansas to Clinton and Hazel (Smith) Joy. He was raised on... View Obituary & Service Information

The family of Larry Joy created this Life Tributes page to make it easy to share your memories.

Send flowers to the Joy family.