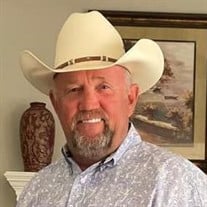 Kenneth Edward Easton was born in Midwest City, OK on Tuesday, December 3, 1957, to Thomas Gerald and Carol Lynn (Holland) Easton. He passed from this life to his eternal home in heaven on Monday, January 3, 2022, in Tulsa, Oklahoma at the age of 65. Kenny was one of three children. He moved around a little bit in his early years, but the family moved to Tulsa at a young age, and he graduated from Tulsa Memorial High School in 1976. From his early teenage years, Kenny evolved into a skilled Carpenter. He began framing houses and other craftsman work and eventually started his business, Frame Tek, over 35 years ago here in the Tulsa area. Locally, he had been a member of the Tulsa Home Builders Association and the Oklahoma Camaro Club. Kenny’s charitable heart was connected to Tulsa’s Little Light House. For the last decade, he has designed and built ADA compliant playhouses to raise money for the organization’s mission. He had immense love for his family. Kenny enjoyed sharing in sports, entertainment, and traveling. He had a solid relationship with Christ. He would two-step with you to any Garth Brooks song, visit Las Vegas (or old people’s Las Vegas, Branson) any month of the year and take on the challenge of a game of foosball at any moment of the day. Kenny was the father of two sons and three daughters. He recently married his beautiful wife, Cheryl Bryan, on January 25, 2020, and received one stepdaughter. He also has two stepsons from a previous marriage. He referred to all of them as his “bonus kids”. He will be greatly missed by all who knew and loved him. He did a wonderful job at surrounding himself and his family with amazing people. Left to cherish his memory are wife, Cheryl, of the home in Tulsa Daughter, Shannon White (John) of Nashville, Tennessee Son, Taylor Easton (Chelsea) of Kiefer Son, Ryan Dorland of Tulsa Daughter, Kelly Easton of Tulsa Stepson, Blake Danne of Tulsa Stepson, Nick Bowen of Tulsa Stepdaughter, Taylor Kuykendall (Joshua) of Catoosa Mother-in-law, Wanda Bryan of Catoosa Brother, Steven Easton of Broken Arrow 4 Grandchildren: Layla and Alexander White, Landon and Ellie Easton Uncle, Joe Wayne Easton (Danny) of Miami, Florida Aunt, Sharon Walker of Wilmington, North Carolina Numerous other extended family members Those who preceded Kenny in death are his parents, Thomas and Carol, infant sister, Carol Lynn Rogers, and Daughter, Lindsey Easton

Kenneth Edward Easton was born in Midwest City, OK on Tuesday, December 3, 1957, to Thomas Gerald and Carol Lynn (Holland) Easton. He passed from this life to his eternal home in heaven on Monday, January 3, 2022, in Tulsa, Oklahoma at the age... View Obituary & Service Information

The family of Kenny Easton created this Life Tributes page to make it easy to share your memories.

Send flowers to the Easton family.