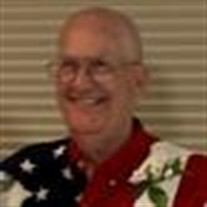 James (Jim) Doyle Williams was born in Okmulgee, Oklahoma on Wednesday, April 7, 1937, the only child of Herman Vance and Oline Daniels. He passed from this life to his eternal home in heaven on Saturday, March 26, 2022, at the age of 84. Jim grew up in the Deer Park, Texas area and attended school there, graduating from high school in 1955. After high school, he joined the U.S. Army in October of 1955, and was stationed in Alaska until August of 1958, where he was involved in chemical testing. This served him well during his career as a chemist years later. After his time in the service, he met a pretty girl still in high school by the name of Sandra Kello. The two fell in love and married on July 7, 1961, in Pasadena, Texas. They have been happily married for sixty years. The two eventually became parents to three children. They lived in Pasadena, TX until 1981 when Jim accepted a job with CITGO and moved to Broken Arrow where they have lived ever since. While his son was involved in youth baseball, Jim served as President of the Youth Baseball Organization and attended more games than he could count. He was a bit mischievous in his youth but outgrew that and became a loving husband, father, and grandfather. His grands called him “Grand Dad”. Jim loved to sing, especially in church choir and quartets. He and Sandy loved making trips to Branson for the shows there. They were faithful members of Gloryland Baptist Church in Broken Arrow. He will be missed by all who knew and loved him. Left to cherish his memory are wife, Sandra, of the home in Broken Arrow Son, Steven Williams and his wife, Clydene of Porter Daughter, Tammy Williams of Broken Arrow Son, David Williams and his wife, Lynn of Kansas City, Kansas And 5 Grandchildren: Melissa, Matthew, Melanie, Harper, and Addison He was preceded in death by his parents. In lieu of flowers the family encourages gifts in Jim’s name to Gloryland Baptist Church, 18610 East 91st Street, Broken Arrow, OK 74012

James (Jim) Doyle Williams was born in Okmulgee, Oklahoma on Wednesday, April 7, 1937, the only child of Herman Vance and Oline Daniels. He passed from this life to his eternal home in heaven on Saturday, March 26, 2022, at the age of 84. Jim... View Obituary & Service Information

James (Jim) Doyle Williams was born in Okmulgee, Oklahoma on...