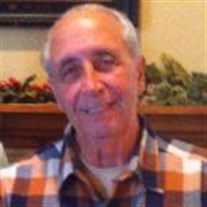 Irvin Victor Sylvester, Jr. was born on Tuesday, July 1, 1941 in Memphis, Tennessee to Irvin Victor Sylvester, Sr. and Elizabeth (Russell) Sylvester. He passed from this life on Wednesday, June 9, 2021 in Tulsa, Oklahoma at the age of 79. Vic was one of four children born to Victor, and Elizabeth. He grew up in Memphis, Tennessee and attended school there but before graduating he made the decision to join the United States Army. He proudly served from November 1960 until September 1963 and was both a Marksman with the rifle and Sharpshooter with the carbine. Vic worked a few different jobs early in his career but the last few years he and Linda were co-owners of Awards, etc. Shop. He was a Shriner for some time but his passion was riding his motorcycle. He rode from the time he was a young man until health issues finally forced him to give it up. Vic was always a careful rider, respecting the road as well as other drivers and vehicles on the road. Vic married Linda LaMonte on June 10, 1978 in Oklahoma City and the two were happily married for nearly 43 years. They were active members of St. Michael’s Anglican Church here in Broken Arrow. In lieu of flowers, his family requests donations be made in Vic’s name to: St. Jude Children’s Research Hospital – 262 Danny Thomas Place – Memphis, TN 38105 or www.stjude.org Those left to cherish Vic’s memory are his wife, Linda, of their home in Broken Arrow Brother, Johnny Sylvester and his wife, Glenda of Savannah, Tennessee Sister, Norma Tucker of Memphis, Tennessee Brother-in-Law, Dr. Sam LaMonte and his wife, Christine of Tampa, Florida Stepson, Jimmy Blacketer and his fiancée, Sherry Anglen of Jenks Grandsons, Blake Blacketer, Jack Blacketer Granddaughter, Kendall Blacketer Those who preceded him in death are his parents, Victor and Elizabeth, and one sister, JoAnn

The family of Irvin "Vic" Sylvester created this Life Tributes page to make it easy to share your memories.

Send flowers to the Sylvester family.