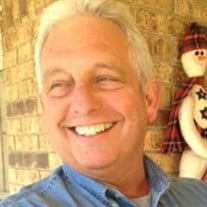 Francis “Frank” Cobb Adams, III was born in Denver, Colorado on Friday, May 8, 1953, to Francis Cobb Adams, Jr. and Mary Adair Riddle. He passed from this life to his eternal home in Heaven on Monday, April 18, 2022, at his home in Cookson, Oklahoma. Frank was one of five children. He spent his early years in Denver before his family settled in Tulsa, Oklahoma. He graduated from East Central High School in Tulsa in 1972. After high school, he went to work for ONEOK in Tulsa where he spent his entire career working his way up in the company until his retirement in 2012. Frank was also a Cherokee citizen, and grateful of his Native American heritage. Frank’s hobbies centered around airplanes, cars, and boats. He was a volunteer pilot for the Civil Air Patrol and served as Chapter President of E.A.A. (Experimental Aircraft Association). He eventually made his home at a small airport community in Cookson overlooking Lake Tenkiller in northeast Oklahoma. Although he attended religious services periodically throughout his life, it was later while living in Cookson that he became a devout Roman Catholic, getting sponsored through catechism, and becoming very involved in his local parish. Frank was the father to three children and grandfather to five grandchildren, all of whom he dearly loved. He was engaged to Ann Carney. They spent much of their time traveling the country and enjoying the company of family and friends, as well as relaxing at home sipping coffee on the back porch with their dog Amelia. Frank will be missed by all who knew and loved him. Left to cherish his memory are Daughter, Kristy Knapp and her husband, David, of Broken Arrow Son, Steven Adams and his wife, Adrianne, of Edmond Daughter, Amy Adams and her fiancée, Andrew Allen, of Miami Sister, Ann Connors of Bartlesville Sister, Susan Daniels and her husband, Bobby, of Tulsa Brother, Bobby Jo Adams and his wife, Carolyn, of Broken Arrow Stepmother, Joann Adams, of Broken Arrow Fiancee, Ann Carney of Tulsa 5 Grandchildren: Sophia, Ella, Henry, Ava, and Brooklynn Several nieces and nephews And his 4-legged “daughter”, Amelia Those who preceded Frank in death are his parents: Francis Adams, Jr. and Mary (Riddle) Lyons; and sister: Mary Ellen Brelsford.

The family of Frank Adams III created this Life Tributes page to make it easy to share your memories.

Send flowers to the Adams family.