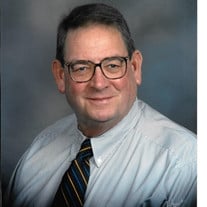 Enoch Ivy Miller, Jr. was born in Memphis, Tennessee on Sunday, June 2, 1946, to Enoch Miller, Sr. and Layla Nixon Miller. He passed from this life on Friday, March 25, 2022, in Broken Arrow, Oklahoma at the age of 75. Enoch would become known as “Notchy” by his family and friends. Notchy was the youngest of four children born to the Millers, with three older sisters. He spent his early years in West Point, Mississippi. After his father’s death, his mother moved the family moved to the Fayetteville, Arkansas. Notchy attended school and graduated from high school in 1964. He never married but remained close to his sisters his entire life, as well as his nieces and nephews. Notchy was a hard worker and spent over 30 years as an iron worker with the Iron Workers Union in the Tulsa area. He was active in the Tulsa Local, coordinating the summer picnic and annual Christmas dinner. He was an ardent Arkansas Razorback fan, but also cheered on the Kansas City Chiefs and St Louis Cardinals. He attended many Razorback games through the years, and maintained ties with friends from the area. Notchy was an active member of the Broken Arrow 1st Methodist Church, serving in many areas of the church. He particularly was involved with missions, and participated in numerous mission trips. He coordinated the Rio Bravo Mexico building mission trips, and participated in trips to Alaska and Africa. He served on the board for the Happy Children’s Home, an orphanage and school in China. He made several trips to China in that regard, with his last trip being in 2018. One of his other services was to help with the church’s community Thanksgiving dinner. His specialty was to come in before dawn to start preparing the turkeys and dinner rolls. He will be missed by all who knew and loved him. Left to cherish his memory are his three sisters: Marianne Erwin, formerly of Broken Arrow, now Bartlesville Layla Lord of Contoocook, New Hampshire Nancy Matesky of Bothell, Washington Nieces: Lisa Carlson (Tim) of Bartlesville, Oklahoma Nancy Wickwire (Andy) of Bedford, New Hampshire Lauri Waldron (Kevin) of Darien, Connecticut Angela Ertel of Bothell, Washington Nephews: Eddie Erwin (Leanne) of Broken Arrow, Oklahoma Michael Erwin of Euless, Texas Michael Matesky (Katie) of Seattle, Washington And many Grand Nieces and Nephews. He was preceded in death by his parents, Enoch, Sr. and Layla

Enoch Ivy Miller, Jr. was born in Memphis, Tennessee on Sunday, June 2, 1946, to Enoch Miller, Sr. and Layla Nixon Miller. He passed from this life on Friday, March 25, 2022, in Broken Arrow, Oklahoma at the age of 75. Enoch would become... View Obituary & Service Information

Send flowers to the Miller family.