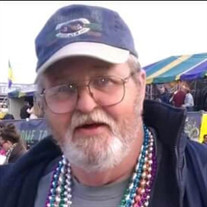 Dear Dale, I wish I had written you letters over the past 50 years. Today, I am writing one letter full of love and some spirituality spanning over 50 years. Dale Dugger and Diane Story formed a union in marriage 7:00pm on July 17, 1971, at... View Obituary & Service Information

The family of Dale Dugger created this Life Tributes page to make it easy to share your memories.

Dear Dale,
I wish I had written you letters over the past 50...

Send flowers to the Dugger family.