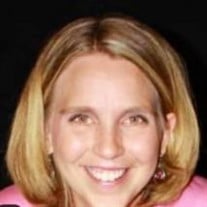 Crystal M. Duffey was born February 13, 1978 in Tulsa, the daughter of Mike and Donna (Green) Urban. She passed from this life on Sunday, June 7, 2020 in Tulsa, Oklahoma. She was 42 years of age. Crystal grew up a very happy child, a good student and was very social, always hosting lots of friends to her home. She was involved in Bluebirds and Campfire Girls, as well as choir and dance. She loved Care Bears, Holly Hobby and Cabbage Patch dolls as a young girl. She and brother, Scott, decided one day to decorate her bedspread, table and dresser in hard to remove ink, as mother, Donna, recalls. She attended Arrowhead Elementary, Central Middle School, North Intermediate, and was a 1996 graduate of Broken Arrow High School. After high school graduation, she earned her associate’s degree from Tulsa Community College. After an early marriage and becoming a mother to Jaden, she continued her education online earning a bachelor’s degree through the University of Oklahoma, where she also worked for a few years. As a young, single mother her dad, Mike recalls an ill-advised trip she and infant Jaden made to visit a girlfriend in Wyoming in a less than new Chevy Malibu telling her dad, “Don’t worry, Dad, God will protect me!” And that, He did. They made it there and back with no problems. Crystal and Brian met when they were twelve years old and were on again, off again for a few years, but always remained friends. They finally tied the knot as husband and wife in 2004. They became the parents to two girls and Crystal’s three children were her pride and joy. She loved being a mom, teaching her kids about Jesus. She learned how to juggle the responsibilities of work, wife, mom, and volunteering as a Preschool teacher at Battlecreek Church. Her kids there will certainly miss those “Miss Crystal hugs” on Sunday mornings. The last few years she worked as a Career Advisor with Tulsa Tech, helping countless young people find their way to career success. She is survived by, Husband, Brian and their daughters, Brianna and Alexis Duffey of the home Son, Jaden Laughlin of Broken Arrow Dad and Mom, Mike and Donna Urban of Broken Arrow Brother, Scott Urban and wife Tracy and their daughters, Kayleann and Kennedi Montgomery, and Olivia Urban of Tulsa Sister-in-Law, Katelyn Boggs, her son, Isaiah, and her daughters, Chassity, Alayna and Illyana of Tulsa And numerous aunts, uncles, and cousins. Crystal was preceded in death by both sets of grandparents: Felix and Irene Urban on her father’s side and Gale and Glendena Green on her mother’s side.

Crystal M. Duffey was born February 13, 1978 in Tulsa, the daughter of Mike and Donna (Green) Urban. She passed from this life on Sunday, June 7, 2020 in Tulsa, Oklahoma. She was 42 years of age. Crystal grew up a very happy child, a good student... View Obituary & Service Information

The family of Crystal Duffey created this Life Tributes page to make it easy to share your memories.

Send flowers to the Duffey family.