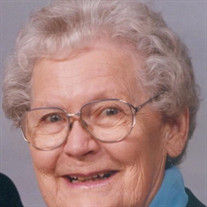 Cornelia “Connie” Bogler was born on Friday, February 9, 1923 in Henryetta, Oklahoma to George and Lucille (Dodderer) Handley. Her father was a coal miner. They moved to Drumright to be part of Tide Water Oil Company. She was one of five daughters and one boy (poor guy) in a three-room shotgun house. She fished all her life and was an excellent marksman with a rifle. At the start of WWII, she moved to Tulsa to work for Douglas Aircraft plant and be part of the war effort or to look for a husband. Charlie saw Connie across the street at Whittier Square, carrying her roller skates slung over her shoulder. They both worked at Douglas. Before they were married, he worked on the AlCan Highway in Alaska, sending his paychecks home to her. She told him she would spend them if he didn’t come. He did. Their first son was born in Yale during WWII while Charlie was serving in the Merchant Marines. At the end of the war, they settled east of San Francisco Bay. Carl was born in Alameda General Hospital right on the Bay. Connie always said the first thing she saw was Alcatraz Island. Perhaps she thought he might end up there. Connie talked Charlie into coming back to Oklahoma so she could be close to her family after so many years on the west coast. Charlie worked as a machinist while she worked for a dry cleaner. The family lived in a tent for a winter while Charlie built the home they would live in, as there was a house shortage from all the returning war vets. Years later he became a minister in the Gleaner Missionary Society. They pastored the White Church south of Broken Arrow. Later they moved to Kinta, Oklahoma to take a church in that small town. Connie raised two sons while Charlie went on mission trips to Ghana, Africa, Suriname, South America, and Alaska. She accompanied him to Jamaica for five years once the boys left home. Upon returning to Tulsa Charlie got the idea to build a 50-foot sailboat in the backyard. He did and the boat was launched down the Arkansas River. He planned to captain the boat to serve missionaries. Once in the water Connie said, “no way”. It was time for them to settle down. During their marriage, they lived in Oklahoma, California, Oregon, Florida, and Jamaica. Connie lived in Broken Arrow until her homegoing on December 18, 2020. Connie is survived by Son, Carl and his wife Ann of Broken Arrow Daughter, Lucy McGee and her husband Don of Broken Arrow Grandchildren, John Bogler, Misty Alexander, Aaron Crawford and Mary Campbell She was preceded in death by her parents: George and Lucille; her husband: Charlie; son: John; brother: John and sisters: Ann, Grace, Katherine and Rosemarie

Cornelia &#8220;Connie&#8221; Bogler was born on Friday, February 9, 1923 in Henryetta, Oklahoma to George and Lucille (Dodderer) Handley. Her father was a coal miner. They moved to Drumright to be part of Tide Water Oil Company. She was one... View Obituary & Service Information

The family of Connie Bogler created this Life Tributes page to make it easy to share your memories.

Send flowers to the Bogler family.