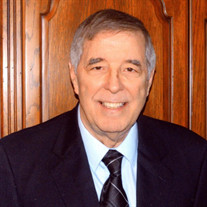 Cliff Beall lived to 78 full years. He was husband, father, grandpa, and great grandpa. Clifford Herbert Beall was born February 19, 1942 in Alfalfa, Oklahoma to Lloyd and Alta Beall and passed on November 8, 2020. He grew up on the farm... View Obituary & Service Information

The family of Cliff Beall created this Life Tributes page to make it easy to share your memories.

Send flowers to the Beall family.