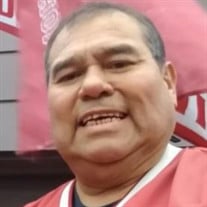 Clayton Grant White was the sixth child of Charles and Lorene White, born January 1, 1964, in Claremore, Oklahoma. Clayton excelled in baseball during his school years. His Mother and Father found joy watching Clayton and his brother Charlie play ball for many years. Clayton had a short acting career; he played Chief Tender Foot in an American Indian Theater production. Larry Daylight had to carry Chief Tender Foot on his back. Clay cherished that memory. Clay worked hard his whole life; he started with UnLaub Corporation and worked his way up in the Mechanical Parts Industry. He later spent many years with Precision Industries as one of their leading salesmen, supplying the major Manufacturing companies in the Northeast OK region with parts and supplies. Clayton was an excellent salesman because of his ability to talk to anyone and make them feel at ease, and his vast knowledge of his products and the equipment they would keep operating. Clayton loved the fire and the dances that circled that smoky ring. His family loved this giant of a man with a big and distinctive voice. He would lead his family in stomp dances in his backyard for many years. ClayClay has left his mark on this Mother Earth as he over the years would take lead because his family loved to Stomp Dance. Tammy stepped away from the circle of the Big Drum to lace up cans become Clay’s favorite shell shaker. He was an inspiration to his nephews and grandsons to learn these songs and to become leaders themselves. His Grandmother Rebecca Rogers Hildebrand of the White Oak Shawnee tribe gave him the lineage to call White Oak his home ground. His Grandfather Walter Dushane and Step Grandfather Kenneth Oyler gave Clayton the lineage to participate at Bassett Grove grounds with his Seneca relation. Marvin Thomas mentored Clay with songs and ways of our Shawnee people, Clayton loved that man for the gift that he was able to fine tune with Marvin’s help. Then Clay would become the mentor for many of our young people. Next to dancing around that fire Clayton loved cutting firewood. When Clay learned to cut wood; he knew the wood that was supposed to be used for the different ceremonies and how it would burn, hot or not so hot for summer fire. But cutting wood was something he could do with his whole family, and they loved being a part of those outings and hearing his stories while they would take a break. Clayton could laugh with his whole body and his laughter was contagious to everyone around him. Clay was a sports fan Dodgers was his team and Tommy Lasorda his hero. Clay was able to see his Dodgers play and see the Man, the hero the Legendary Tommy Lasorda up close and personal. I’m certain many of you have stood around the truck bed and heard him recant this awe-inspiring event. Baseball was not his only sports love, anyone that knew Clayton Grant knew what a diehard Sooner fan he was. Thanks to many of you Clayton has a prized OU memorabilia collection that he cherished. Not sure how he managed it but he could not be buried on Game Day. This tad bit of writing does not begin to touch the life of this man, and those of you here know that. Do not be sad that we will no longer hear that thunderous voice, be happy for that time that you got to spend enjoying this Mother Earth with a man that loved bigger, harder and truer every day of his existence. Clayton is preceded in death by his Mother Lorene and Father Charles White, and His nephew Floyd J. Jr., niece Ashley Mignon and nephew Raymond G. Clayton is survived by his sister Lynette White and her husband Rusty Johnson. The third sister Kathie Rae and husband Garland Kent. Clayton’s only brother and 5th child Charles Daniel White Jr. and his wife Paige Nicole. In 1982 when Clayton met the young woman that got the love this man had saved for that special woman; Tammy Ahkeahbo Chaino and would later marry her July 26, 1986. They made their home in Tulsa, then Broken Arrow Oklahoma. Their home grew with their first-born Rebecca Lynn. Becca Boo as she has been known in the family gave Clayton and Tammy their first two Grandchildren: Tierney Lynn and Brandon David Trail. The home grew again with the birth of Jaimie Rae and Jaimie gave them a Granddaughter Seneca Rae Boggan. Now Clayton and Tammy finished their girl population with Stephanie. Steph is the Pied Piper of all the Grandchildren; they all love their Aunt PP. Steph is married to Louis McComb. Brent Daniel the fourth and final offspring. Brett met and married Shanae and they have three beautiful Grands. Vincent Bull, Anne Faye, and Vernon Daniel. Clayton leaves a father-in-law Tommy Ahkeahbo Chaino; and a mother-in-law Marlene and husband Mel Ferguson. Clay is survived by brother-in-law Tommy Jr. “Tuffy” and his wife Rona Kay. Two sister-in-laws he cherished Shawndae Lacie and Cody Ahkeahbo Chaino. There are more than 100 nieces and nephews that this man has left his mark on their hearts. The Grandchildren and Greats have felt the love of his gentle giant as he would hold them in his arms. It’s always an inspiration to us all that a couple can overcome the trials of life and have a marriage that sustained all life threw at them. To say this man will be missed is a shadow of emptiness that will be felt.

The family of Clayton White created this Life Tributes page to make it easy to share your memories.

Clayton Grant White was the sixth child of Charles and Lorene...

Send flowers to the White family.