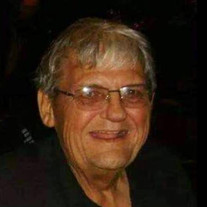 Charles Lee Taylor, Sr., better known as Chuck by his family and friends, was born on Friday, March 11, 1949 the middle of five children to John Elbert Taylor, II and Minnie Louise (Parker) Taylor in Paris, Arkansas. He passed from this life to his eternal home in heaven on Friday, January 29, 2021 in Tulsa, Oklahoma. Chuck’s dad worked in the oil fields and was a carpenter. His mom worked for Zebco. The family moved from Arkansas to Catoosa, Oklahoma when he was still young. He and his siblings grew up close and stayed that way even in their adult lives. As a young man, Chuck played football in school. He graduated from Catoosa High School 1968. He met the love of his life, Linda Smith and they married on December 10, 1971 in Catoosa, and were happily married for 49 years. They became the parents to one son and one daughter. Chuck loved being a dad. He served as a Scout Master with Chuck, Jr. all the way through until he received his Eagle Scout Award, and was a Campfire Leader and Sponsor with Shannon, as well as a band crew chief for the Pride of Broken Arrow Marching Band, along with Linda. They made many bus trips with the band to parades and lots of away games through her high school career. He was also a “soccer dad”. In short, whatever activity his kids were involved in, you could find Chuck there to support and encourage them. He had also achieved the level of a Master Mason. As a family, they loved camping. They would load up the 5th wheel trailer and head out to Beaver Lake, Davis, Oklahoma, Branson, Missouri, Keystone Lake, Fort Gibson Lake, or anywhere else they had a mind to venture off to. Words his family use to describe Chuck are happy, always joking, smiling, and making others feel comfortable. He will be missed by all who knew and loved him. Chuck is survived by: Wife, Linda of their home in Broken Arrow Son, Chuck, Jr. of Broken Arrow Daughter, Shannon Roach (Michael) of Broken Arrow Brother, John Taylor (Jan) of Broken Arrow Sister, Ola Harless (Don) of Broken Arrow Sister, Carolyn Perryman (Jim) of Catoosa Sister, Barbara Watkins (Steve) of Aubrey, Texas And numerous nieces and nephews He was preceded in death by: His parents: John Elbert Taylor, II and Minnie Louise Taylor and a brother-in-law: Jim Ross

Charles Lee Taylor, Sr., better known as Chuck by his family and friends, was born on Friday, March 11, 1949 the middle of five children to John Elbert Taylor, II and Minnie Louise (Parker) Taylor in Paris, Arkansas. He passed from this life... View Obituary & Service Information

The family of Charles Lee Taylor Sr. created this Life Tributes page to make it easy to share your memories.

Send flowers to the Taylor family.