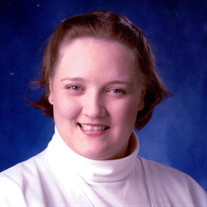 Aimee's memorial service will be streamed live at https://vimeo.com/441000362